Let’s take a look at the fisheye lens smart camera that is often mentioned.

Origin of the name

The front lens of a fisheye lens has a short diameter and is parabolic, and the front of the lens is convex, which is quite similar to a fish’s eye, so it is called a “fisheye lens”. Because the lens of the fisheye is spherical.
The fisheye’s visual adjustment depends on the lens’s position moving back and forth instead of changing the convexity of the lens, so it can only see relatively close objects, so all fish are born with myopia, and what human eyes see The scene is very different.

Among the panoramic cameras, the fisheye panorama is the earliest and the most mature and simple technology. Generally, the monitoring range of a surveillance camera is small. To achieve a large-scale monitoring, the number of cameras needs to be increased, which substantially increases the cost. The panoramic fisheye surveillance camera has a 180-degree or 360-degree viewing angle, and one can achieve large-area monitoring without blind spots, and it provides the possibility for people to build a monitoring system with the smallest size, lightest weight, lowest power consumption, and largest viewing angle.

There are two common fisheye lenses

However, the shorter the focal length, the larger the viewing angle.  The larger the viewing angle, and the stronger the distortion caused by the optical principle. Therefore, although the viewing angle achieves the best effect, the picture is distorted.  And it does not meet the normal visual perception. Therefore, an image correction algorithm is needed to eliminate the distortion of the fisheye lens.  and make it an image more in line with human visual habits. As shown in the image below, the center area is highlighted, but the surrounding area image has changed. As the technology of image correction algorithms matures, the effects of such camera distortion become less and less obvious. 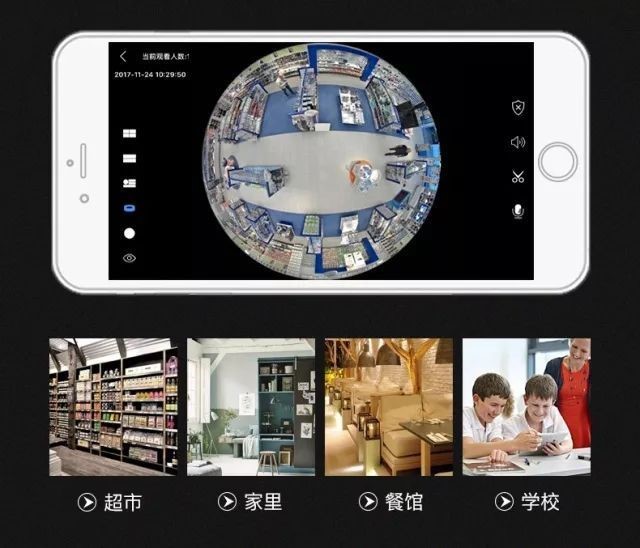 If you need any lens consultant, please contact us: info(at)towin-elec.com

The lack of indoor CCTV camera and lens